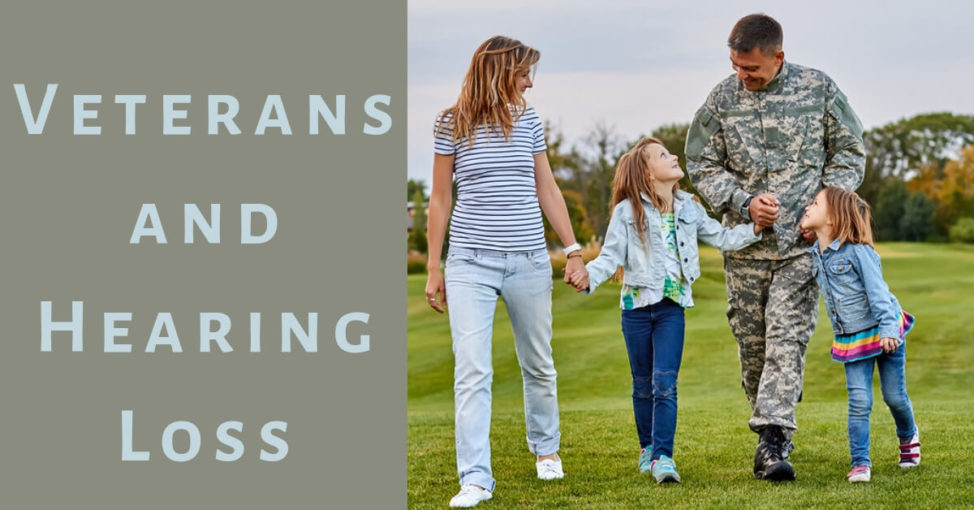 Paula Castanon
Paula Castanon has helped people hear better for 25 years. She began her career teaching and then working in the field. She wants to bring exciting technology to those who want to hear better. She and her husband Richard G Castanon MD, an otolaryngologist, founded All Ear Doctors in Huntington Beach in 1994.

Tinnitus and hearing loss are the top two health conditions among military veterans, according to the U.S. Department of Veterans Affairs medical center personnel. If you are a veteran of military service, or getting ready to start service, consider getting a hearing evaluation at All Ear Doctors. If you are a veteran, it is important to get your hearing tested and hearing conditions treated. If you are getting ready to go into the service, it is important to set a baseline for your hearing and talk to us about hearing protection. Hearing protection is now standard issue and mandatory for all active-duty service members.

According to the VA, in 2017 there were about 1.7 million disability compensation claims for tinnitus and 1.16 million compensation recipients for hearing loss. Gabrielle Saunders, associate director of the National Center for Rehabilitative Auditory Research, a VA funded research facility in Oregon, said that number is likely higher. She said many veterans with hearing loss who don’t use VA services will not have had their loss documented.

Veterans are 30% more likely than nonveterans to have severe hearing impairment, according to the Centers for Disease Control and Prevention analysis. Those who served after September 2001 are four times more likely. Many veterans who have normal hearing tests still have trouble processing and understanding speech. This condition is auditory processing disorder or center processing disorder (CAPD) and is due to exposure to explosions.

Military personnel experience these disorders due to exposure to loud noise including from working at airplane hangars as well as exposure to blasts. A 2015 study found that 72% of veterans with tinnitus also were diagnosed with anxiety disorder, 60% reported depression and 58% had both conditions.
Hearing issues in veterans is so prevalent, the VA is one of the largest purchasers of hearing aids. One in five hearing aids purchased in the United States is bought by the VA.

An article in the Washington Post quotes one official as saying “we treat hearing loss as an inevitable cost of war. It shouldn’t be.” The tinnitus component from military service can be particularly troubling. The constant ringing in the ears disrupts concentration. It is also known to lead to headaches, mood changes, anxiety, insomnia, vision changes and depression.

There is a common misconception that ear protection will compromise communications and hamper effective efficiency during combat missions. This may have been true in the past, but technological advancements have made it possible to protect hearing and the mission. Traditional earplugs can effectively block hazardous noise from the ear canal, but they do interfere with communication requirements during a mission. They also block some speech and other low-level combat noise.

A contractor who supplied dual-ended Combat Arms Earplugs to the military has agreed to pay $9.1 million in claims that U.S. service members were supplied with earplugs that the company knew were defective. The Department of Justice settled with 3M Company and its predecessor company Aero Technologies. The earplugs the company supplied were found to be too short for proper insertion and they loosened during use. The earplugs were used by service members who deployed to Afghanistan and Iraq between 2003 and 2015.

Unfortunately, there is no cure for tinnitus, but it can be treated. The modern hearing devices are equipped with the technology to mitigate the ringing or buzzing that is the hallmark of tinnitus. There are also other therapy options that we are familiar with at All Ear Doctors.

Get Your Hearing Checked

Service members and non-service members should get regular hearing exams. Too often we have that nagging suspicion our hearing is declining, yet we do nothing about it. Today’s hearing aids are small, powerful, and beneficial to your overall health and well-being. Don’t delay and contact us at All Ear Doctors today.